Why We must to change the path for good governance ? The roadmap of prosperity Book 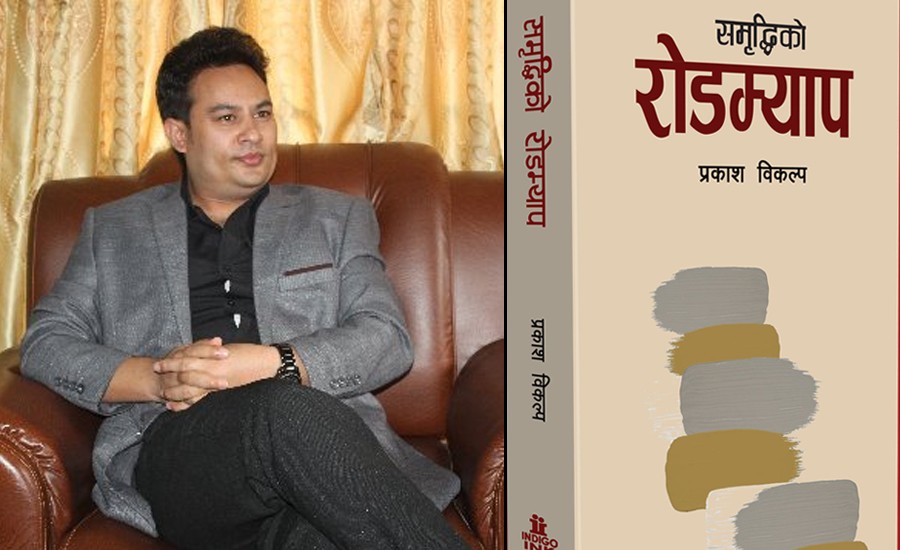 Prakash Bikalpa, Author (The roadmap of prosperity Book)
Good governance is one of the most debated issues in Nepal. And good governance is something that has never been achieved. Irregularities have taken root in Nepal in such a way that it seems more difficult to overthrow the 240-year-old Hindu feudal monarchy. Because, from the angle of good governance, the air of the country has become polluted. The fact that the air is polluted means that even if it looks clean, it is often mistaken. Because, this is not the air he uses! Well, you may not know it yourself. When the weather is bad, not only politicians and employees but also citizens will not be left out. This is evidenced by the fact that citizens do not raise their voices against wrongdoing. Nepal is a country where irregularities and irregularities have taken hold of individuals.

Because of that experience, I have been saying, 'Our air is polluted.'

Therefore, climate change is the only option today.

From the point of view of good governance, it is a serious question how the country's air and water became polluted. Compared to the West, political change in Nepal was slow but successful. The transformational power that advocated democracy and republic by overthrowing the worldly Rana rule, Panchayat system and monarchy reached the state power but it got confused somewhere in formulating new ideas, policies and programs. It did not pay any attention to the cultural transformation of the Nepali society which was backward for centuries due to the influence of the unitary Hindu feudal structure. The failure to give a decisive push to the status quoist society through the construction and use of dynamic ideas did not even produce the qualitative change that had already taken place.

This made capitalism even stronger. This means that personal aspirations prevailed in the leaders and cadres during the running of the state. That is to say, he became a swamp of capitalism instead of a socialist, due to which the chain of individual domination gradually became more organized than method. Indulging in self-interest became his main character, which is an essential rule of capitalism.

When collectivism was lacking and individualism prevailed, good governance became like a pepper and the volume of irregularities spread all over. Looking at the facts, it is clear that the ideological erosion and corruption of the political forces was the main reason for the depressing good governance index.

To end corruption, it is no longer possible to use ordinary antibiotics, for which a rigorous operation has become mandatory. Because, the one who is responsible for good governance is the one who is most corrupt.

Looking at the state of good governance of the country from the past to the present, it seems that the citizens have been won over. The concern is that today's civic consciousness may in the near future launch a tax boycott movement by 'criminalizing the state', which seems necessary. Citizens have started mobilizing in the name of various campaigns and programs. If the government does not see this, it is almost certain to cause great irony. Naturally, if development, construction and services are not accelerated, there will be no justification for taxes. If this situation continues, no one will be able to stop the big civil uprising. Because, it is not possible for a citizen to pay taxes, but for the state to exploit them. Ignoring enough facts when the rulers of the world have faded in front of the civilian power is a continuation of the game against the country.

If corruption is to be truly eradicated from Nepal, it must first be made the starting point for the investigation and prosecution of the assets of politicians, authorities, the judiciary and high-ranking military and police officials. Saying this may upset some good officials, but the financial situation is no longer limited to the characters. We have reached a point where anyone in charge of the state is no different from the wholesale corrupt. For example, a person who grows a beard is called a jogi. Not all bearded yogis are, but as soon as a person is called a jogi, a long beard comes to mind.

Similarly, in the case of people in government roles, the general concept has become the same. Some people may be fine, but they are forced to listen and endure. Rather than upsetting the accused, the right person should raise his hand in the investigation to eradicate corruption in general and help achieve good governance.

To end corruption, it is no longer possible to use ordinary antibiotics, for which a rigorous operation has become mandatory. Because, the one who is responsible for good governance is the one who is most corrupt. Lokman Singh Karki and Deep Basnyat are just representative examples. This is the Congo-oriented situation behind South Asia. We have to dare to change the path to achieve good governance. The desire to walk the same path to a new destination is only the product of stupidity and helplessness. A powerful 'civil commission' should be formed to investigate and prosecute corrupt activities. In which the responsibility should be given to the person who has not been involved in politics and bureaucracy till now, who has created a clean image in front of the common people.

Looking at the course of events, the political leadership has failed to give good governance and development by ending corruption and distortions in the country, hasn't it? A serious question has arisen. The political leadership must take moral responsibility for all situations after 2065 BS. Nowhere in the world has the leadership been allowed to sit idly by and will not be allowed to. It is justice for the country and its citizens to pave the way on the basis of morality. Ultimately, not being able to give results and not leaving the leadership is another betrayal of the country.

- (Excerpt from the book 'Roadmap to Prosperity' by Prakash Bikalp) -banksnepal.com