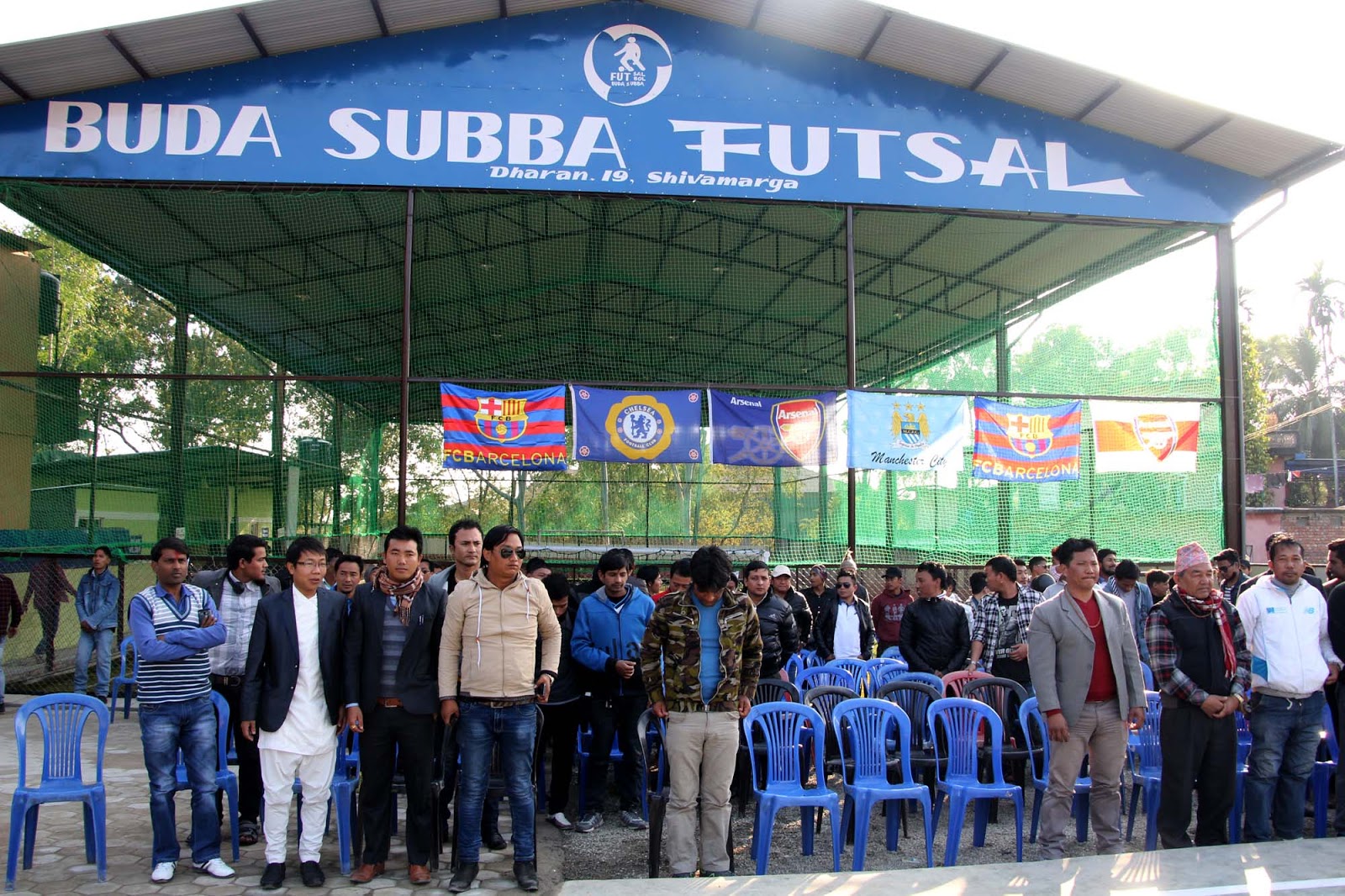 Dharan has been a sort of sporting hub of Eastern Nepal. From football to basketball and from Karate to adventure sports like paragliding and rafting, Dharan always steals limelight in sporting sector. Dharan is quite popular in football.

Budha Subba International Invitation Gold Cup is Dharan's signature football festival that pioneered professional knockout football championship out of capital Kathmandu. Budha Subba Gold Cup has made its 20th edition until 2074. To add another color to this growing sporting arena of Dharan, futsal has been the new entrant into Dharan's sporting environment.

Decreasing open fields owing to increasing urbanization and dysfunctional Dharan Stadium due to its under-construction state, Dharane youths and sports enthusiasts had few options to play football. Famed for huge fan-following in football, Dharan was struggling to produce new footballers and host periodic local football championships. Futsal, indoor game played by 5 players in each team for 40 minute similar to football, has been an incredible football genre in this historic city cultivated by ex Gorkha servicemen. Dharan's futsal has been attracting futsal lovers from all across Eastern Nepal. Every futsal arena accommodates a cafeteria, dressing room and badminton court and lures both veterans and youths for fitness and social assimilation.

Futsal is new to Nepali sporting scene despite its inception in 1930 at Montevideo of Uruguay by a teacher named Juan Carlos Ceriani. According on media reports available online, Nepal saw the first futsal field in 2011. Previously confined in Kathmandu, futsal expanded into cities like Pokhara and Dharan. Biratnagar also has couple of futsal fields.

To talk of Dharan's futsal, professionally two futsal arenas are functional in Dharan to catch up growing futsal attraction. Budasubba Futsal of Dharan 19 and Bigfoot Fulsal of Dharan 15 are being venues for futsal players and enthusiasts. Yogen Rai is founder of Bigfoot Futsal and says he spend some 5 million rupees to set up his futsal arena. Likewise, founder trio Manbahadur Magar, Santosh Thapa Magar and Santosh BK of Budasubba Futsal say they invested 6 million for entire infrastructure of their futsal space.

Every day dozens of youths and veterans frequent futsal arenas in Dharan. Futsal operators do not voice negatives on their business profitability. This profiting sporting business has been a meet-up venue for city boys and beauties. Youths from various nook and crannies of Dharan gather in these futsal arenas and explore their futsal skills.

Dharan-based journalist Bhojraj Shrestha, who extensively writes on futsal, says that almost thousand youths of Dharan play paid futsal periodically. Termed as an elite game, futsal has not been enlisted in national games conducted by Nepal Sports Council at this hour when hundreds of youths are joining this sport in cities like Kathmandu, Pokhara, Biratnagar and Dharan.

Futsal in Dharan has been contributing both business and sports of Dharan. Unlike what is rumored in Kathmandu, futsal here are not blamed for creating goons and criminal activities.