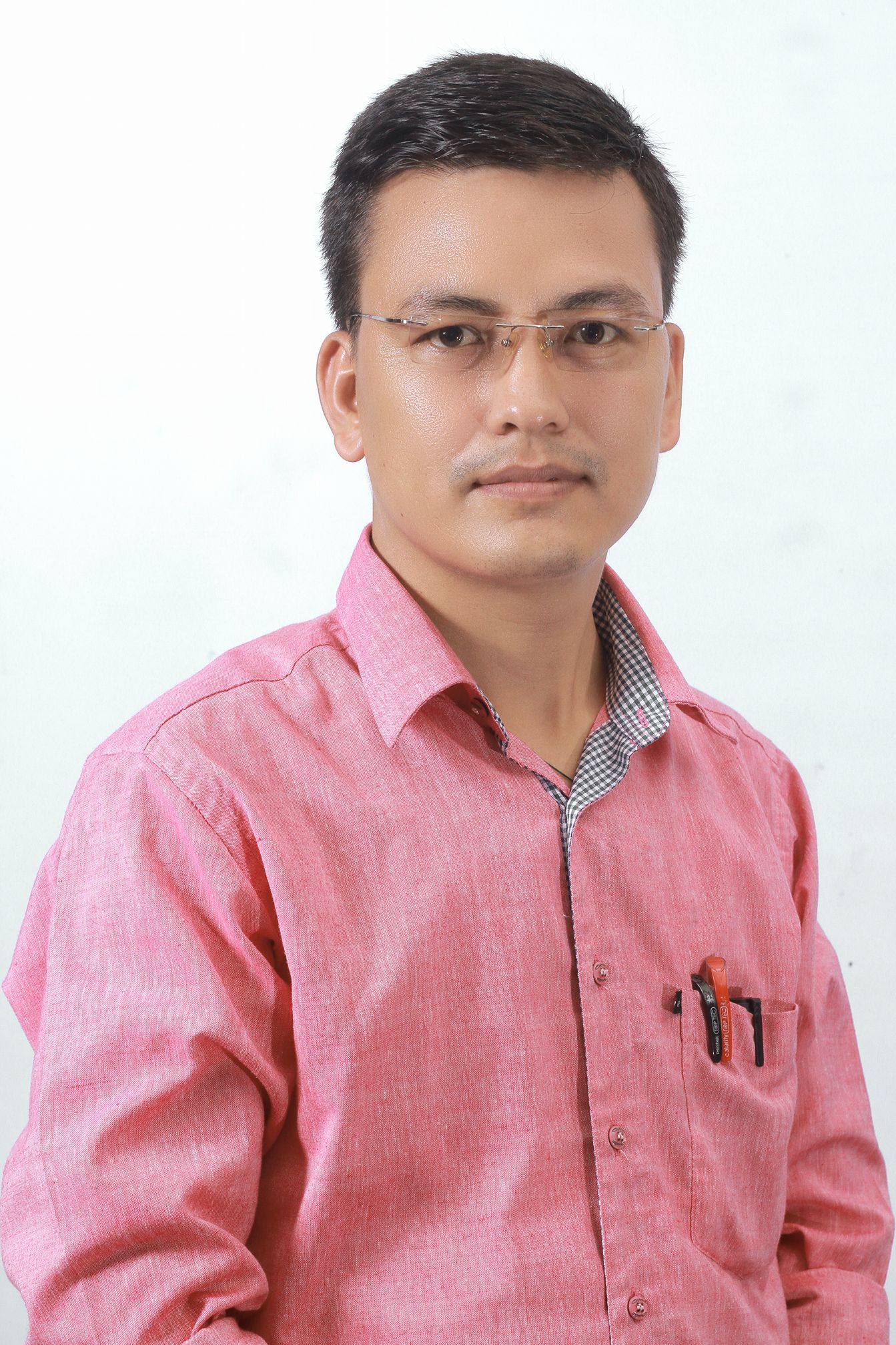 It was a bright sunny summer afternoon. Sitting on a stool on the front porch of my little tin-roofed house, I was polishing my shoes. Pritha, my seven-year old daughter, approached me and asked, “Baba, where does your father live?”

I remained speechless for a moment. As if she had understood my discomfort, Pritha caressed my hair with her flighty right hand and tucked herself onto my lap.

“I want to see,” she said with a bit shy gesture in soft childish voice, “and talk to him.”

What made my little daughter think of her yet unseen grandfather so unexpectedly? I wondered. It gave me a mild surprise.

“He lives in Kathmandu,” I told her softly in my hoarse wet voice, “You will meet him when you grow up and go there.” I tried to smile at her. She looked at me curiously.

There remained nothing for me to say to her except misusing my fatherly authority. I ordered Pritha to go to play with her friends, but she disobeyed me. She looked displeased. In the late evening, Priya, my wife, reported to me that Pritha was talking about her wish to see my father.

Pritha often talked to her Mom’s father on phone. He loved her, caressed her, and bought sweets for her. He also played with her and made her laugh with silly childish acts. Therefore, she liked him very much and wanted to go to her mawala, the maternal grandfather’s house, on holidays. But she had never seen my father, her paternal grandfather, though she had heard about him a lot.

Pritha grew more and more insistent on her bid to meet her grandfather in the ensuing days. Though I had my father’s phone number, it had been a long time since we had any communication between us. He never phoned me because I was like a nuisance to him. I had also stopped calling him on the phone because I felt he had no interest in me.

Tired of Pritha’s querulous demand, one afternoon, I phoned him. He received the call only in my third attempt.

“Buwa,” I came to the point without much delay, “Tapain ko naatini tapain sita bolne arey. (Father, your granddaughter wants to talk with you.)” But there was no reaction from his side.

Pritha snatched the phone off my hand with a broad smile on her face and put it on her right ear.

I saw the smile on her face suddenly waned. Finally, the dark gloom eclipsed it.

“Liar!” She swore at me in frustration, giving me the mobile phone back. I had no words for that situation. Her grandfather had already hung up before she could talk to him.

Five months after, I had to hospitalize Priya in Sushma Koirala Memorial Hospital in Sankhu, Kathmandu, for a plastic surgery on her head. The doctor put two plastic balloons under the skin of her skull. They were to be bulged out by filling certain amount of medicated water every fortnight so that the skin could be extended. Finally, the balloon would be taken out and the grown up skin would be used to cover the bald area of her head that was scorched in an accident in fire. It was just the beginning of a long and complicated process of treatment.

After a month, Priya missed her daughter. Coincidently, Pritha got summer vacation from her school. Therefore, I took her to Kathmandu for reuniting her with her mother. After a week in Kathmandu, Pritha recalled her grandfather again. She started talking about him.

“Baba, do you remember you had told me that my grandfather lives in Kathmandu?” She said one afternoon.

“I want to meet him because I’m in Kathmandu now.” She demanded.

I knew that my father always pretended to be busy before me. Perhaps he would not have time to see his grand daughter. It was also possible that he would not want to. I knew I was just a biological son for him. Therefore, his heart might not have emotion for me and my daughter. He had his own family- a wife, a son and a daughter- from whom he could not save a little love for me, the son he ruthlessly abandoned years ago. Therefore, I was not sure if he would want to see this poor little innocent girl. I felt pity on my daughter for her daydreams.

Priya had also not seen her father-in-law despite being married to me for eleven years. She seemed excited when I informed her that her father-in-law was coming to our place. She was a little anxious how she would face him with her saved head covered by a handkerchief. Pritha, happiest of all, started jumping here and there like a deer.

“Baba, I will greet him this way.” She made the ‘gesture of bowing’ to me. “Then, I will go near to him and sit in his lap. I will also ask to him for a beautiful jama for he has never come to my birthdays before.”

Her excitement was worth watching. I knew she was a shy girl and did never speak with or go near to a stranger. But she was much excited that day.

My father arrived late by almost one hour. Pritha bowed her head to him for greeting and retreated to her mother’s lap. Her grandfather did not call her to his lap as she had expected. He just smiled at her from a distance. She was looking at him nervously. She was as shy as the squirrel when she had to hold a black plastic bag with apples and chocolate bars from him.

“Now I’ve got to go,” said father just after 15 minutes when he had had a bottle of coke, “I have a class after half-an-hour.” He got up and went away. I was familiar with his habit. But Pritha looked sad while watching her grandfather going.

He was alert so that nobody would see or find him with my daughter and me. He took us into a nearby restaurant and ordered a bottle of sprite and a plate of dumplings for each. I had no special reason to meet him, but it was Pritha for whom I had made this trip from Sankhu to Bouddha.

Pritha looked very beautiful, like a little fairy, in her white pari-jama. Her large round eyes with black gaazal linings had added more to her beauty. If I had been her grandfather, I would have taken her on my lap, at least once, and would have kissed her. It would have been very difficult for me to stay away from her at that moment. But her grandfather just smiled at her during half-an-hour stay with us. He gave her a pen as a special gift that she caressed with a great care while eating dumplings.

“Now I’ve got to go.” Pritha’s grandfather said after half-an-hour, “I have a class.” Then he hurried away from us.

We got up. Pritha followed me. As we were walking along the pavement, she complained, “He did not say bye to me.”

I had to buy some medicine for Priya, so we went to a nearby pharmacy. While we were waiting for the chemist packing medicines, Pritha suddenly remembered her aim for the tryst, “Baba…my jama? I forgot to ask him for a new jama.” Her eyes were wide-open as if she had forgotten something very important.

My eyes welled up, and I was speechless. I looked at another direction to avoid her eyes. 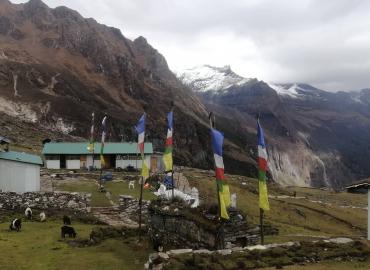 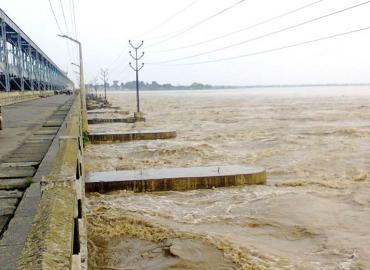 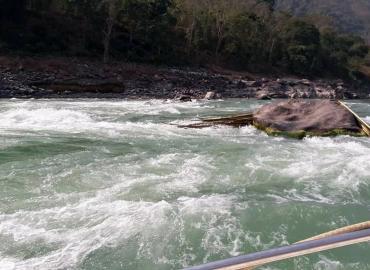